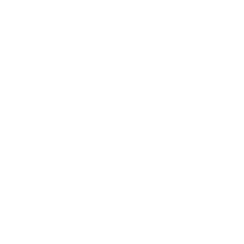 Hard to believe that April is almost here. After enjoying some time off for the holidays, we hit the ground running fast in January, and it’s been a bit of a blur since. But, in between all the deadlines, we managed to get out and about in the first quarter. Here’s a look at a few of those fun, extracurricular activities:

In January, Lawrence Group sponsored the 13th annual St. Louis Business Journal Women’s Conference, which attracted nearly 1,000 business leaders. Principal Becky Egan and I staffed our exhibit booth, while almost a dozen other LG architects, designers, managers and leaders were able to take advantage of the great speakers and networking opportunities at the conference. During the opening ceremonies, CFO Laura Conrad represented Lawrence Group on-stage with other sponsoring organizations.

Two LGers also took time out to speak at local events in January. CEO Steve Smith presented an education workshop for the American Institute of Architects (AIA) St. Louis on January 10th, and Micah Gray, our digital practice manager, spoke at the St. Louis Chapter of the American Society of Professional Estimators (ASPE) on the pros and cons of the use of drones and lasers for construction estimating.

February was career fair mania. Our architects and designers kicked it off at Iowa State and ended up at Kansas State meeting lots of curious students and sharing what it’s like to work at Lawrence Group. In February, Monica Conners and I also attended the Commercial Real Estate Women (CREW) Leadership Summit in Tucson, Arizona. The summit was filled with lots of great networking and leadership training.

So, what’s next? On April 4th, stop by our booth at the annual Society for Marketing Professional Services (SMPS) St. Louis Prime Time Event: Diversity Outreach at the Sheet Metal Workers Hall. On April 10th, it’s the Chouteau Greenway Design Competition Community Kickoff Day at The Sheldon. On April 19th, our creative (and competitive) LGers will be watching their car in the annual construction industry’s Pinewood Derby at the MOTO Museum. Hope to see you out and about soon!

Our Response to COVID-19

10 Ways to Beat the Winter Blues, Without Losing a Hockey Game